Chloe Doesn’t Have Cancer, She Has AIDs 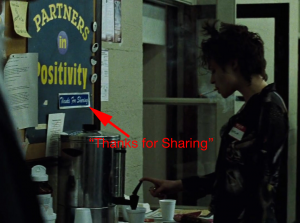 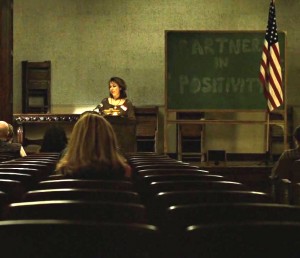 Do you believe Chloe has cancer and that is why she is slowly dying? You’re not alone.

Despite the almost universally held idea that Chloe has cancer, there is a lot of evidence to suggest she is instead HIV positive and suffering from AIDs. But Chloe isn’t a “she” at all, since Chloe likely does not exist and is just another figment of Jack’s imagination.

We can see the name of the support group when Marla and Jack are talking near the coffee dispenser and during the actual group meeting in the church as the support group name is written on a green chalk board in the background.

While we are never given direct information that Chloe is HIV positive, we are never told she has cancer either. Most people believe since Chloe is wearing a bandana she must not have hair – and she likely doesn’t – but this doesn’t mean anything since she’s approaching death anyway (in the alternative personality sense) just like Project Mayhem members. Tyler would likely refer to her as a “monkey ready to be shot into space.”

Considering that Chloe presumably contracted AIDs through sex, this offers an interesting connection between self destructing and sexual activity.

If Chloe has AIDs, there is a possibility this character has some connection to the late Chloe Dzhubil, a prominent transgender AIDs activist. This may not have been Fincher’s idea either, considering Chuck Palahniuk is a homosexual man who may have known about Chloe and chosen to build this character around her. If nothing else, it’s food for thought and could strengthen the idea that Jack is struggling with his gender identity. 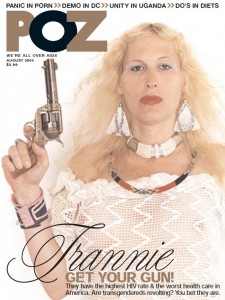 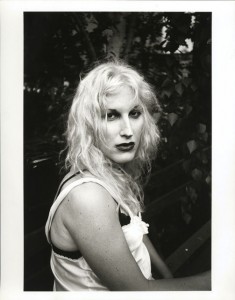 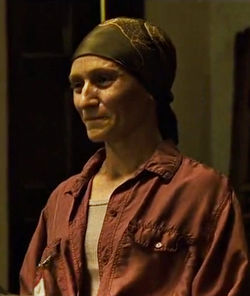 When Chloe is first introduced to us at the “Partners in Positivity” support group she is updating the other support group members on her struggle – with whatever disease she’s struggling with.

“I’m still here…but I don’t know for how long, that’s as much certainty as anyone can give me.”

There are some very interesting things about this.

She is strangely vague considering if she is dying from a disease, the only people who could give her some type of prognosis would be a doctor, so why the ambiguity?

This is interesting because if Chloe is just another alternate personality of Jack’s and she is dying, ultimately because she is no longer required by Jack, then this is why she does not specify exactly who would be reassuring her about her prognosis.

Chloe isn’t dying from cancer or AIDs, she’s dying because she is no longer necessary now that Jack has Marla.

“I’m so close to the end and all I want is to get laid for the last time.”

This is much like when Marla says, “If I fall asleep, I’m done for. You’re going to have to keep me up all night.”

Marla is saying she is close to dying if she doesn’t have sex soon, just like Chloe. Keep in mind this is immediately following Marla’s attempted suicide, so it is as much figurative as it is literal, just like with Chloe.

If Chloe is real and giving this speech at the cancer support group meeting, basically begging for someone – anyone – to have sex with her, what exactly is the point of showing this to the viewer?

In fact, it is difficult to rationalize this part of the film as dark humor or consistent with the rest of the film since ultimately it’s difficult to appreciate, even in a perverse way, any humor in a dying woman begging to have sex one last time before she dies.

So what’s the point of this if Chloe is real?

Chloe mentions that she has pornographic movies, lubricants and amyl nitrite at her apartment. Amyl nitrite and amyl nitrite containing drugs are more commonly referred to as “poppers”. Poppers were once very popular in the gay community, here’s why…

The proverbial “icing on the cake” is that there has even been an alleged link between amyl nitrite use and AIDs. 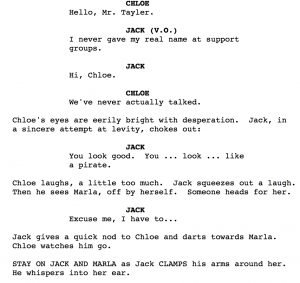 Following Chloe’s begging-for-sex speech, there was originally supposed to be a brief interaction between Jack and Chloe, which we never see in the final cut of the film.

However, in the script we can see that Jack and Chloe talk to each other briefly.

This interaction is seemingly signifying Chloe’s desperation to be recognized and needed by Jack again until right at the last moment, when he leaves to pay attention to Marla – physically grabbing her and attempting to scold her behavior.

Chloe looks on helplessly as he leaves, knowing she’s done for. And she is.

In the guided meditation, who is now being depicted as Jack’s power animal immediately after Chloe gives her last ditch effort at begging for sex? Marla. 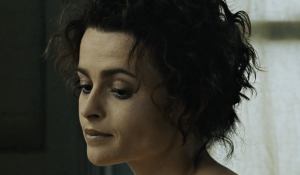 Later on after Marla has been spending more time at the Paper Street house, she tells Jack Chloe is dead. In this scene both Marla and Jack say equally revealing things. Jack responds to Marla asking, “Chloe…when did that happen?” and Marla scoffs, “Do you care?” Jack then says, “I don’t know, I haven’t thought about it in a while.”

Marla then replies, “Yeah, well it’s a smart move on her part.” Many people interpret this as Marla being dark and morose, but this ties in to an earlier statement Jack made about Marla. “Marla’s philosophy of life is that she might die at any moment. The tragedy, she said, was that she didn’t.”
[/sociallocker]

Click here for Rule #6 – Fight Club is The Shining (unlocked)